Is it that true we lose brain cells? What makes it possible?

Today I wanna tell you the truth that we lose brain cells. What makes it possible?

In 1962, scientist Joseph Altman challenged this belief when he saw evidence of neurogenesis (the birth of neurons) in a region of the adult rat brain called the hippocampus. He later reported that newborn neurons migrated from their birthplace in the hippocampus to other parts of the brain. 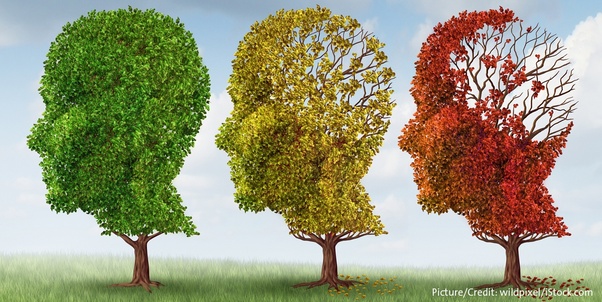 In 1979, another scientist, Michael Kaplan, confirmed Altman’s findings in the rat brain, and in 1983 he found neural precursor cells in the forebrain of an adult monkey.

These discoveries about neurogenesis in the adult brain were surprising to other researchers who didn’t think they could be true in humans.

But in the early 1980s, a scientist trying to understand how birds learn to sing suggested that neuroscientists look again at neurogenesis in the adult brain and begin to see how it might make sense.

In a series of experiments, Fernando Nottebohm and his research team showed that the numbers of neurons in the forebrains of male canaries dramatically increased during the mating season. This was the same time in which the birds had to learn new songs to attract females.

Why did these bird brains add neurons at such a critical time in learning? Nottebohm believed it was because fresh neurons helped store new song patterns within the neural circuits of the forebrain, the area of the brain that controls complex behaviors.

These new neurons made learning possible. If birds made new neurons to help them remember and learn, Nottebohm thought the brains of mammals might too.

Other scientists believed these findings could not apply to mammals, but Elizabeth Gould later found evidence of newborn neurons in a distinct area of the brain in monkeys, and Fred Gage and Peter Eriksson showed that the adult human brain produced new neurons in a similar area.

For some neuroscientists, neurogenesis in the adult brain is still an unproven theory. But others think the evidence offers intriguing possibilities about the role of adult-generated neurons in learning and memory.

Cells of all of our tissues are always dying, some at a faster rate than others, even in the absence of trauma, toxins (like alcohol), or disease.

In the aggregate, the number of brain cells slowly grows as our body grows (ie) new cells outnumber dying cells, with growth spurts in infancy and teen years that correspond to growth spurts in the rest of our bodies, and result in leaps in learning and behavioral sophistication during those years.

At about age 21, the total mass of our brain cells plateaus at its maximum, meaning cell death is just balanced by cell growth. In the mid-’20s, the brain cell mass starts to fall, at a slow steady rate that would cross the zero line at about age 110, likely reflecting cell death without much new growth. This is of course, based on average estimates, so there are a few exceptional people who seem to retain the impressive mental capacity for their ages.

The explanation for this is to be found under the topic “senescence” in cell biology. Human cell lines seem to be programmed to have a finite lifetime on the order of a century, after which the cell lines, either individual long-lived cells or the whole family of cells derived from the first ancestor to the last descendent, lose the capacity to continue living or reproducing.

Every time a neuron in the brain is recovering from activity there is a statistical probability that it will undergo an excitotoxic seizure and be destroyed. In a healthy brain, the strong cleansing circulation of cerebrospinal fluid (CSF) maintains a virtually negligible probability for that type of neuron destruction. However, as the infrastructure in the brain ages, the pumped volume of CSF circulating through the brain gradually decreases, and at a critically low volume of CSF circulating through the brain the probability for neuron destruction during recovery from activity increases sufficiently to cause the onset of brain diseases like Alzheimer’s and Parkinson’s.

But seriously, we do lose a lot of brain cells as we age. After age 40, the human brain shrinks about 5% every 10 years and is still faster after age 70 (1). The cerebral gyri (folds) become narrower, the sulci (grooves between the gyri) become wider, the cortex (grey matter) gets thinner, and there’s more space between the brain and skull.

It’s not known for certain how much brain shrinkage is due to loss of neurons (nerve cells) versus supporting cells (neuroglia) that constitute the brain, or due to actual loss of neurons versus reduction in the size and extent of branching of existing neurons (3).