Everyone has a burning drive inside of them. For some, they need to learn from others to find it. For others, the drive comes naturally and pushes them to do great things. See what those naturally highly motivated people do differently and what they can teach us.

Highly motivated people don’t dwell on problems. If they mess up on a speech in public, fail a test, or do something embarrassing, they don’t try to push it away. They don’t let their mistakes stop them from achieving their goals. Instead, they look at these mistakes as nothing but simple moments in their life. They accept them, learn from them, and move to the next thing on their to-do list.

2. They wake up early

For most people, the morning is the most productive time of the day. While the world sleeps, highly motivated people are getting things done. Distractions seem to disappear and great ideas will come fast in the early morning.

“Early to bed and early to rise, makes a man healthy, wealthy and wise.” – Benjamin Franklin

When Bill Gates and Warren Buffet were asked if they could have one superpower they answered the same thing: to be able to read faster. Highly motivated people are always learning. Reading allows one to take in the knowledge of some of the smartest people who have ever lived. Highly motivated people don’t spend much time watching reality TV – they do, however, spend their time reading. Need some books to read? Get started with this reading Here.

Highly intelligent motivated people don’t leave things up to chance. Planning allows people to get things done faster and better. Highly motivated people know this, and they make use of it. Start waking up and planning all the things you have to do for the day. You’ll be amazed at how much more productive you are.

6. They seek advice when needed

There will be points in everyone’s life where they just can’t do it on their own. Highly intelligent motivated people are not afraid to go out and look for help. They don’t let stubbornness keep them from reaching their goals. Oftentimes, the best resource can be a person you see every day. Help them and they’ll help you. Yes, it’s that simple.

Highly intelligent motivated people never stop trying. They pursue their dreams without worry. Limits don’t exist in their minds. Take a second and imagine where you want to be in 5 years. Don’t worry about how impossible it sounds. Remember, highly motivated people don’t set limits. Now write it down. A highly motivated person would hang that piece of paper up, read it every morning, and work towards it every day.

What will you do?

As soon as an intelligent person understands something, they start to obsess over the topic and become an expert in it. If they cannot understand it, they attack it until they do or forget about it and move onto something they can comprehend better.

But due to their childhoods, constantly having succeeded were other children struggled, they have been praised throughout much of their maturing lives. They learn that this recognition is part of their identity, and continue to strive for it into their adulthood.

Average people, on the other hand, only get praised when they have tried hard at something. This encourages them to put effort into things for their motivation. At the same time, they are rarely told to take risks: they are told to go to college, get a job, get married, and retire when they’re 66.

They prefer the safe kind of life rather than one that could be interesting, and that usually is what makes them average. 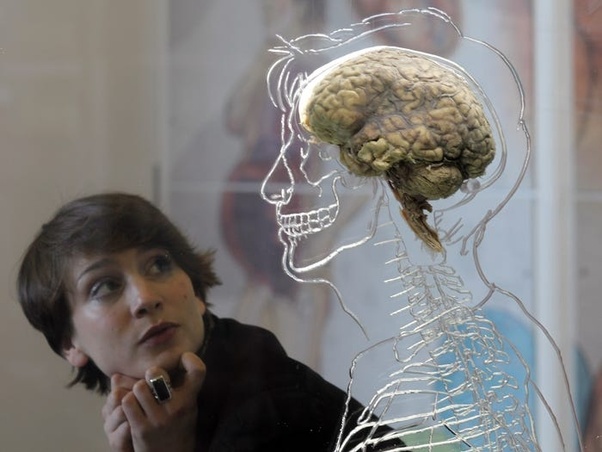 The most interesting traits of intelligent people, and why?

I’ve been told I’m extremely smart my whole life simply because I had good grades in school. However, there’s so much more to intelligence than reciting facts or acing math and science questions.

The truth is, you don’t necessarily need to score well on tests to be considered smart. In fact, intelligence is measured in many ways, including but not limited to intellectual, social, and emotional intelligence.

Psychologists and other experts have come up with many ways of looking at human intelligence.

Wondering how intelligence shows up for you? Here’s a look at 11 signs of varying types of intelligence.

1. You can’t pull them into humdrum storms, chit chat and small talk. They get bored with that and even loathe them. Start an interesting topic and they will dive in as if they had always been there.

2. They don’t waste time doing superficial, uninteresting, usual, common things that don’t benefit them in the long run, whether at work or at meetings, discussions, debates or even fights. They know when to lose in order to gain later or lose less in order to gain more. Their calculation is unnerving and not always obvious.

3. They will gladly let you be wrong if they think correcting you is not beneficial in any way. So if one is asking for casual advice the intelligent will usually say very little or nothing at all.

4. They have different and sometimes (well, most of the times) weird opinion/ ideas and questions that can unsettle most people and even irritate them.

5. They are hazardous for teamwork and more hated than respected for their singularity. If you are intelligent and highly respected- you must be a top gun.

6. Watch out. They usually break rules, try to make their own rules, and will question authority, systems, governing bodies.

7. They have two personalities: one for general people so they don’t appear as snobs, the other (the real one) for those people and situations where they can afford to speak their mind.

8. They cannot handle common boring mundane stuff and they cannot understand how others can actually handle it with pleasure and without complaints.

9. No matter what they do, whether eating, bathing, walking, watching TV, their minds are always at work trying to figure out the greater questions that may or may not have to do with worldly success at all. Their brains are always on the run.

10. One may watch a movie and can’t get past how terribly hot the actress looked; they will be thinking about the abstract plot of the film, raising questions from the story and finding its answers. One may admire a monument, while they will be wondering over the significance of the monument and how it may have affected people in past times.

11. They like to answer the Hows and Whys, rather than be awed by the finished product. Sometimes for no other reason than to connect and appreciate the works of another intelligent mind that put just as much intelligence and thought into their project. Some might take this to mean intelligent people dislike other people in general or have few friends, but here’s another take: Both introversion and intelligence typically involve spending time in your own head, where you might reflect on problems, brainstorm new ideas, and mull over past experiences.

This doesn’t necessarily mean people who choose canine companions are less intelligent. These findings simply offer some insight into how your unique abilities might guide your pet preference.

There are plenty of ways to look at intelligence, but most experts recognize that it goes well beyond book smarts.

Thanks for reading and support.